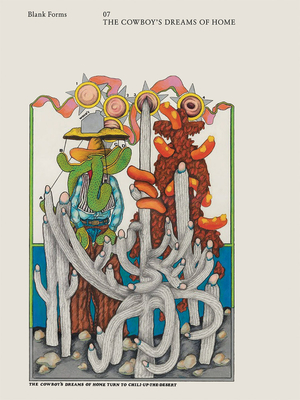 Writings and interviews engaging the artists and themes from Blank Forms' public programming, from Thulani Davis to Charles Curtis

This iteration privileges new texts produced for the publication. These include an interview with the idiosyncratic Texan singer-songwriter and visual artist Terry Allen, conducted by curator Anthony Elms; a conversation between writers--and longtime friends--Thulani Davis and Jessica Hagedorn, on the occasion of Davis' poetry collection Nothing But the Music; a discussion between composer Sarah Hennies and cellist Judith Hamann; and a conversation with composer-performers Tashi Wada and Charles Curtis, on the heels of a recent compilation of Curtis' work, Performances & Recordings 1998-2018, produced by Wada.